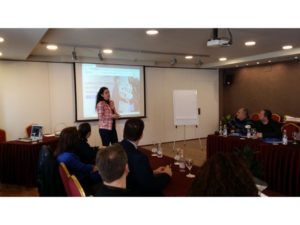 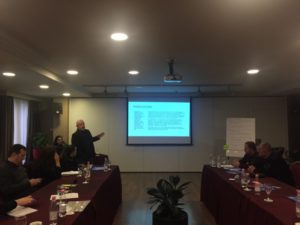 The Albanian Center for Development and Integration in cooperation with the State Secretariat for Economic Affairs, SECO, close to the Swiss Embassy in Tirana, on February 11-12, 2019, organised a workshop with the theme “The Civil Society, its role in the Transparency of the Extractive Industry”. 22 representatives from National Civil Society Organizations from extractive regions (Has, Kukes, Bulqize, UraVajgurore, Berat, Korce and Tirana), participated.

The participants came from various areas of expertise, mainly in the field that affect the environmental, youth, syndicates of mining and oil sector, democratic governance, investigative media etc.

The focus of the workshop were the EITI standards requirements, EITI reporting, Fiscal regime in the extractive industries and Revenue management, Legal framework, Introduction to Beneficial Ownership, Community rights, Obligations of extractive companies, Role of CSO-s and the Coalition etc.

The last half of the second day was dedicated to the elections. Previously at Albanian EITI webpage was published the notification about the CSO election and the candidacy for MSG membership. Three express of interest were provided/notified. Three more potential candidates from the coalition withdrew due to personal reason. Two MSG members applied again based on the article 3 of the code of conduct…”The mandate period of the civil society’s representative at the Multi-stakeholder Group is for 3 years renewable only once in conformity with the article 6, point 2 of the Code hereby.”

Although there were five applications for five seats, the election was organized according to a direct universal suffrage process and to a secret ballot mode.

It is approved by an official report signed by all the members of the Ad hoc committee, elected in advance and supported by the list of those who participated in the said elections.

The results of Election: out of 18 participants bullet votes, 18 were valuable, 0 invaluable.

After the election the new CSO MSG group was introduced to MSG meeting.