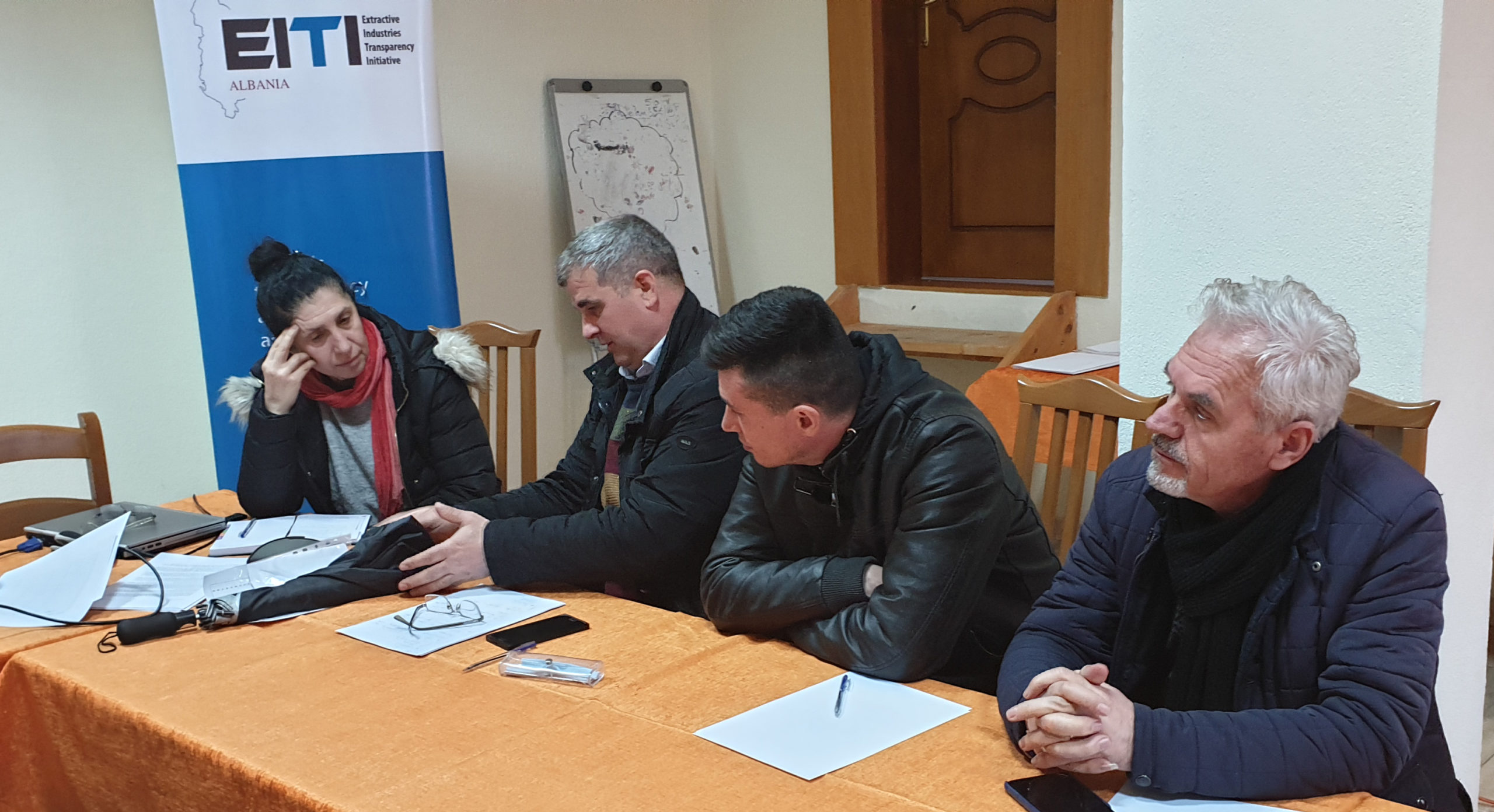 On February 11, Albnet-Eiti organized a workshop in the city of Peshkopia with community and civil society representatives regarding the implementation of EITI standards by the extractive industry as well as capacity building and coalition enlargement of civil society dealing with extractive industry issues.
During the meeting, the head of the Albanian civil society network  AlbNet-EITI, Anila Hajnaj explained the need for the Peshkopi community and local authorities in general to be familiar with the EITI and how this initiative through its standards affects the lives of citizens. She also informed that besides the EITI standards information, the energy industry will be included in the EITI reports for Albania.
The participants, members of civil society, questioned why their city did not benefit from the use of natural resources at a time when it has a chrome mine such as that of Balgjaj, one of the most famous red marble mines in Muhurri area known all over the world due to its high quality and exports to many European countries such as Italy, France, etc., and even used in Tirana Square. They also demanded that they should benefit from the use of the area’s hydro resources.
Attendees demanded that when concessions were awarded, the criteria would require real business projects for the benefit of the community. Those concessions that do not produce but are just kept in use must change owners.
During the meeting, representatives of the community and civil society were invited to join the EITI CSO network in order to help the community voice for the management of natural resources in the best interest of the citizens.

43 thoughts on “Peshkopi workshop: The complete lack of benefits from the extraction of natural resources”