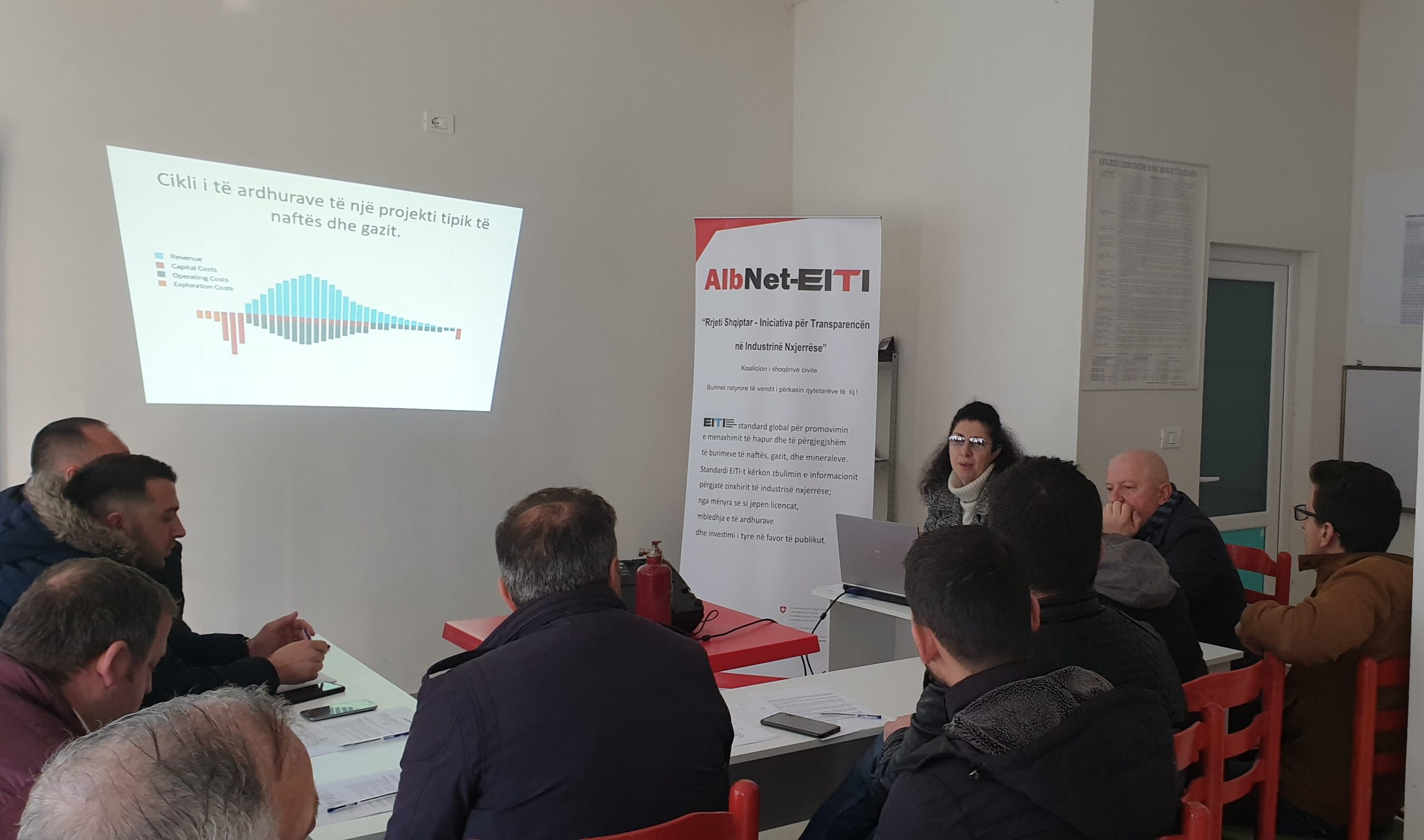 On February 2, 2020 was organized the workshop by Albnet-Eiti with municipality officials, representatives of the civil society and environmental and forest specialists about the implementation of EITI standards of the extractive industry. The need for strengthening of the capacity of the civil society coalition, a project supported by SECO was also discussed.

During the workshop, the head of the Albanian network of civil society Albnet-Eiti, Anila Hajnaj, said the extracting industry is vulnerable and as such a community should provide standards through its exploitation. Hajnaj stressed that the extractive industry has created major problems in the environment while the municipality has low benefits from the royalty. She invited representatives of the community and civil society to join the eiti network to make the community’s voice help in the management of natural properties as well as in the interest of citizens.
Sami Neza, director of the centre for transparency and information, presented to the quality of the expert some issues related to real ownership and transparency for the transparency of the industrial industry, issues that were received with interest by participants.
Those who took the word at the meeting stressed that fines for the damaged environment are at least small and they do not cover the damage caused by companies in the environment. As well as the environmental fees they pay before signing contracts are not enough to re-improve the environment after exploitation.
Representatives-Eiti Representatives promised that these issues will raise them to the nearest msg eiti meeting, asking for changes to the regulatory acts if possible